The following is an abridged and edited version of a post I wrote more than a year ago, but I thought it was fitting for a Mother’s Day post.

I am not a good mother. At least not by the standards that have been set up for the current generation of a certain ilk of  mothers. A generation who is expected to place their children at the center of their universe, and make all decisions about their adult life revolve around what is supposedly best for the child. A generation that is expected to sacrifice their own happiness to make sure their children are happy. A generation that has been fed the idea that having children is a choice, therefore if you choose to do it, you must accept all the self-sacrificing consequences that go along with it.

The other day, I attended a meeting where the topic to be discussed was having children while in grad school. I was supposed to be a co-facilitator in this hour-long discussion, but I ended up being about 20 minutes late. My lateness was due to the fact that I had to take Ahmir to school, and I underestimated how long it would take to ride our bikes there, because he rode really slow.  Then I got the room where the meeting was to have taken place, only to find it had been moved somewhere else.

When I walked in the room, one of the first things I heard a new-ish mother saying was that she judges whether to go to certain meetings or conferences by whether they are worth it to leave her child, like the thing that doesn’t involve her child has to be really really great in order to justify not being with her daughter. And I immediately had to comment that that was not my experience at all; I went to meetings or conferences or had lunch or coffee with people just because I wanted to. I don’t justify things based on how important they are in relation to my kids – that bar would be really too high.

My world does not center around my children. I do not make all decisions about what I do depending on whether they are “more important” than spending time with my family. Having down time to do whatever I truly feel like doing, which many times is NOT being with my kids,  is really important too. (Side note: A part of what I wanted for Mother’s Day was not to do any mothering.)

And so my confession is this: while many people find the balance between work and family/children to be that they are giving too much to family (because they want to) and not enough to work, I find myself in the opposite position – according to the mainstream standard, I give too much to work and leisure and not enough to family. My children are not the center of my world. But I bristle at the thought that this means I love my children any less than the next mother. I do breathe a certain sigh of relief when I drop my kids off at preschool in the morning, going to do what I really love to do, which is to read and research and write. But I also know they are in capable hands, doing arts and dancing, singing and playing, hand-on work that they simply wouldn’t get from me.

I’ve watched women give their all to their children, against what I think they really wanted to do, and I think they were unhappy doing so. I don’t ever want to resent my children, rightly or wrongly, for what I wasn’t able to do.

But while I want to get my degrees, more than anything I want to be a type of mother that shows the world that neither your children nor your work has to be the absolute center of your life to be a “good” mommy. If you meet my children, you will meet happy kids, well-mannered kids, kids that know they are loved by their mama, kids who know their mama needs to do her work, locks them out of her bedroom when she’s busy, a mama who goes to the doctor and yoga several times a week. A mother who isn’t just their mommy, but also has a life of her own, a life that centers around her. If you meet my professors, you will meet people who know I have children, because I do bring them to events, I talk about them in class, I explain that the impetus of much of my research is the fact that I’m a parent.

Neither things are the picture of perfection judged on their own. But my ultimate confession and what I am trying to really do well is to place myself, and really my God, at the center of my universe. Placing my health and well-being at the center of my universe and knowing in doing that, everything will be okay. Happy and healthy mamas lead to healthy and happy children. If it makes you happy to make your children the center of your universe, then go ahead and do so. But I want to let some of you know that you don’t have to, and that’s okay too. That’s my confession. 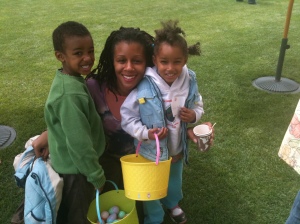 3 thoughts on “From the Crates: These Are My Confessions”