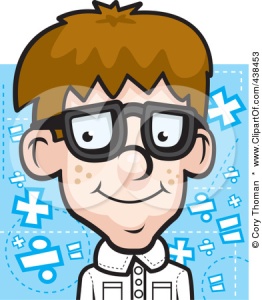 As a teacher I read a TON of young adult/kid literature. Today I was re-reading one of my favorites by Jerry Spinelli, Crash. This book features a rowdy, rambunctious, sometimes mean kid named Crash and his nerdy, vegetarian, small individual named Penn. Penn is dorky.He has all the calling cards of geekiness including whistling and looking all friendly. He walks up to Crash at age six wearing  button that say, “I’m a Flickertail.” Or “peace.” Crash messes with him. Calls him names, lies about his own name, shoots him with water-guns. Penn’s family is Quaker and doesn’t play with guns, so he just takes it when Crash mercilessly shoots him with water.

The story is told from Crash’s point of view, but Penn is the character you love. Except if you’re a middle schooler. They wonder why Penn doesn’t fight back. And they think Crash is funny. As an adult, I think Crash is a jerkface. He’s mean for no reason. He makes fun of Penn and takes his turtle.

Today as I was reading, I wondered which kind of kid my son would grow up to be.  I would hate for him to become a Crash. Right? He is popular. He is a leader in his school. He is a go-getter. He doesn’t get taken advantage of by anyone.  Not bad stuff. How important is it to me for my kid to be popular? To be a leader?

Penn is a lovable kid. He’s an individual who sticks to his guns despite the jeers of his classmates. In 7th grade, the scrawny kid goes out for cheerleading. He doesn’t wear designer or name-brand clothes. He wears second-hand clothes and tells. People.  About. It. This is middle school suicide. But he does it and you just want to hug him. Do I want my kid to become a Penn? He is sweet. He is kind. He is an independent little soul who does what’s in his heart. But he gets picked on. For many years. There are kids in the school who are dedicated to tormenting him. I HATE the idea of his peers hurting my son. I want to grab those little hooligans by their ears and give them a lecture about kindness and karma. But then what?

I was not a popular kid in school, but I wasn’t a social pariah, either.  Out of the two extremes, which would be better? I’m inclined to say that Penn’s situation is better because in the end, the Penns grow up and become interesting people. They are free-thinkers who develop fantastic lives because of being wonderful people. Many Crashes peak in high school and never learn their lesson.

And yet. There’s something to be said for popularity. Aren’t political races essentially popularity contests? Doesn’t the guy who is popular at work more likely to get the promotion? As a young Black kid, maybe my boy needs to put on a little bravado and bad-assed-ness to get by in school. I don’t want him to be all weak and punky. But I also don’t want him to be a bully. Maybe I’ll make him the nerdy kid who is popular and friendly and kind. (And as long as I’m wishing, cleans his room, obviously) Right now, his personality is sweet and funny. If a kid takes his toy, he just lets it go. He does have a temper, but he mostly just stomps his feet. He loves other kids. He sees other kids on the subway he looks at them and they seem to communicate non-verbally. It’s like he recognizes his people and wants to check in with them.

So I’m going to raise him to be a good person. He’s a good egg. We will continue to raise him to be a smart, sweet kid. He can be a leader and friendly. He can be tough, but know when to be regular again. I do not want him to be a jerk to other kids. I want him to be independent more so than popular, so we will definitely be encouraging critical thinking and a belief in himself so if he is picked on, he’ll have the inner strength and fortitude to shake it off. Also he’ll know that his mom will kick a 10 year-olds behind if that’s what she’s got to do.

So what about you? Do you think it’s important for your child to be popular? Are you raising her to be a free thinker, other’s people’s opinions be damned? Or do you focus on societal norms and encourage your child to stay within them because it’s safer? Or do you go back and forth, like yours truly? Why?

6 thoughts on “What Kind of Kid am I Raising My Son to Be?”